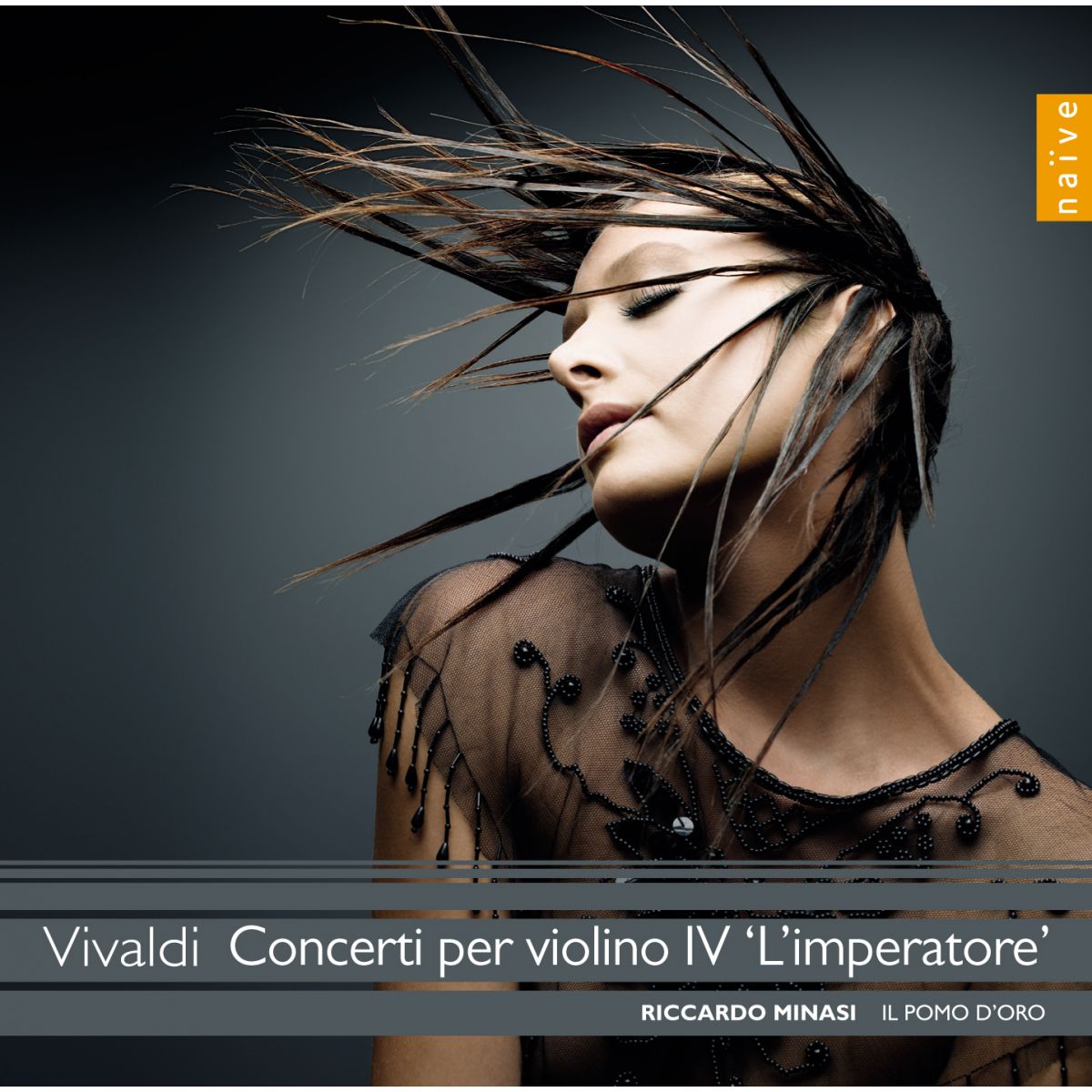 With this release, France’s Naïve label continues its series of complete recordings of a set of rediscovered Vivaldi manuscripts housed at the National Library of Turin in Italy. Naïve is not usually given to this kind of completist enterprise, but each of these albums has been at least interesting, and some of them seem likely to permanently remake the general Vivaldi repertory as the works played seep into it. This album belongs to the latter group. Vivaldi, faced with the necessity of presenting collection of works to “L’imperatore” (Austrian emperor Charles VI, whom he met and apparently hit it off with in Trieste in 1728), gathered concertos from several sources and perhaps added new ones. But there is no sign of haste in these remarkable, even revolutionary violin concertos. Consider the broken-up texture of the first movement of the Violin Concerto in G minor, RV 331, or the curious opening of the Violin Concerto in E major, RV 263a, with its repeated tonic chords that blow Baroque harmonic rhythm out of the water. Up to a point, each of the slow movements seems more bizarre than the last, and all of them have expansive, quasi-operatic gestures that lend themselves beautifully to the period-instrument performances of violinist Riccardo Minasi and the group Il Pomo d’Oro. Minasi’s knife-edge sounds may be a bit of a shock to those coming from the likes of Itzhak Perlman playing Vivaldi, but if you’ve heard any of the Italian historical-performance groups you’ll be fine. Minasi does very well with Vivaldi’s use of scordatura (retuning of the violin) in the Violin Concerto in B flat minor, RV 391, pushing the instrument into unusual timbral realms. In general this is close to an essential Vivaldi release, unknown though the music may be.
James Manheim – AllMusic

By far the greater number of Vivaldi’s concertos have now been issued on disc. What remain to be released are some 20-or-more violin concertos. This CD, like its three predecessors, has a subtitle: L’imperatore is a reference to Austrian emperor Charles VI, a music enthusiast with whom Vivaldi was personally acquainted. The composer dedicated two sets of 12 concertos to him. Both were titled La cetra (The Lyre) but only one of them, Op. 9, was printed. The other, alas, has survived incomplete. Four of the seven concertos here are drawn from these sets, while a fifth, RV 171, has direct associations with the emperor. Two others, RV 181 and 331, may be recorded here for the first time.
Riccardo Minasi is a player with a lively feeling for theatrical gesture and a technique that comfortably accommodates Vivaldi’s virtuosity. He breathes life into these wonderfully expressive concertos with a musical rapport that perhaps responds more readily to bravura passages than to lyrical ones. Sometimes it is merely a matter of tempo – on occasion Minasi reveals acute sensibility, as in the poetically spoken Largo of RV 327. That said, few if any readers will find disappointment in playing of this order, and committed Vivaldians should be delighted by these newcomers to the catalogue.
Nicholas Anderson – BBC Music Magazine