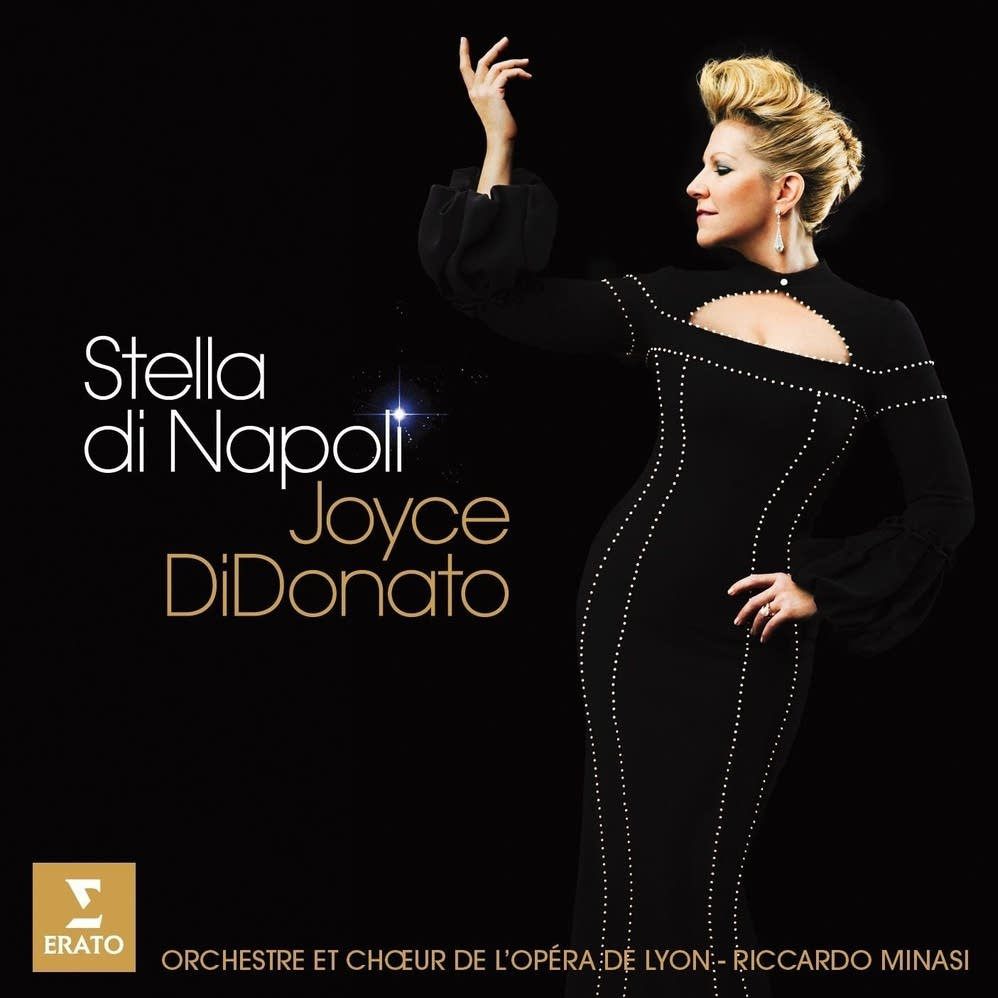 On Stella di Napoli (Star of Naples), the American mezzo-soprano’s creamy tone and dramatic prowess breathe new life into little-known arias by Mercadante, Michele Carafa (a student of Cherubini and close friend of Rossini), Carlo Valentini and the prolific opera composer Giovanni Pacini, whose Stella di Napoli (1845) gives the album its title. Joyce worked closely with Italian conductor Riccardo Minasi (whose previous projects include Bellini’s Norma with Cecilia Bartoli) to bring three unjustly neglected arias to light in new editions and world premiere recordings. Alongside these little-known gems, Joyce presents a sumptuous Bel Canto banquet with music by the three greats — Bellini, Rossini and Donizetti — including the latter’s Maria Stuarda: a tour-de-force signature role for Joyce, recently screened in cinemas and released on DVD from the New York Metropolitan Opera.

Christmas comes early with Joyce DiDonato’s new recording, and everyone who cares about singing should promote it immediately to the top of their letters to Santa. Creamy, sumptuous, almost flawless – every adjective may be a cliché, but how else to describe singing of this quality? DiDonato zips through the Finale to Rossini’s Zelmira, dropping through octaves without dropping a beat; she stretches the long limbed legato of Nelly’s aria ‘Dopo l’oscuro nembo’ in Bellini’s first opera, Adelson e Salvini until it’s as deliquescent as spun sugar; and every word of the recitative to Romeo’s aria in I Capuletti e i Montecchi is weighed out and understood. These are the bel canto composers, together with Donizetti, that we know, and who made Naples the beating heart of Italian opera at the beginning of the 19th century. But there were others who have been relegated to footnotes, Mercadante, Pacini, Carafa, all gifted musicians but often composing in the stylistic shadow of the mighty three – at least to judge by the repertoire that DiDonato and her music director Riccardo Minasi have chosen. From their performance you can readily understand why the final aria from Mercadante’s La vestale was much admired in its day; and if Michele Carafa’s version of The Bride of Lammermoor marks time where Donizetti’s Luciasings, Carafa also knows how to tug at the heartstrings with harp and flute.
Christopher Cook – BBC Music Magazine